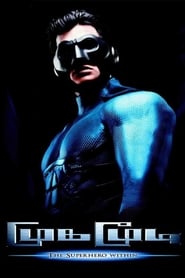 Anand is a martial arts specialist unluckily unable to use those skills to make a living. Instead, he falls in love with Police Commissioner Gaurav's daughter Shakthi, and tries to impress her and her sister's kids with his martial art skills. Written by Anonymous

Anand is a martial arts specialist unluckily unable to use those skills to make a living. Instead, he falls in love with Police Commissioner Gaurav's daughter Shakthi, and tries to impress her and her sister's kids with his martial art skills. Written by Anonymous

Although we know that we have heroes from our ancient epics, it is also good for Indian children to see modern day heroes to match the many Dell and Marvel heroes that flood the movie screens today. This film was made in 2012 and I remember seeing when it first premiered . I hope that the producers and writers of Mugamoodi will continue this saga or create something similar to it.

The popular notions are that super-hero films are strictly an American creation and that Martial arts films must come from China or Japan. However, in this genre-bending film from India you have BOTH types of film rolled into one!

Anand (Jiiva) loves martial arts and is exceptionally good at it. However, he also has trouble keeping his temper and ends up beating up a gang of tough guys right in front of the girl he wants to impress (Pooja Hegde). The trouble is that she sees him as a thug and never gives him a chance to explain his actions. So, he comes up with a crazy idea--to impress her with his skills by dressing up as a masked crime fighter! This is insane, clearly. However, in the process he ends up being pulled into the real world of organized crime (secretly operated out of the Dragon Kung Fu School) and actually helps the police catch a bad guy. But how can one hot- head take on an entire gang of hardened crooks. And, how can he ever get the girl--especially because later she comes to think he's shot Granddad?!

While much of this sounds very unconventional for a Bollywood or Tamilwood* film, it does also stick firmly rooted in Indian films in style. The typical romantic notion of love at first sight is a very common cliché in Indian romances. So, typical with this cliché, Anand is tenacious and it does eventually pay off. There also is the supposedly cute meeting where she attacks him (this is a TERRIBLE scene by the way and makes no sense at all). In real life, such behaviors could get either of them arrested or at least in serious trouble due to sexual harassment or assault! And, like most contemporary Indian films, it does have the obligatory song and dance numbers--though they are fewer than you would typically expect in such a movie. And, like some Indian production numbers, these ones feature some very odd locales and camera-work to say the least.

So is this odd melange any good? Well, yes and no. As I mentioned above, the scene where the lovers-to-be meet is really dumb and there is one scene with a robot--why the robot?! But, it also is hard to dislike as well. While the martial arts aren't as good as you'll see in the better Chinese films, the technique isn't that bad and makes for some exciting scenes--even if the baddies have the silly habit of attacking one at a time! Plus, with such an outrageous combination of film genres, it's really hard NOT to like the film despite a few deficiencies and I have a hard time believing that the movie has such a low current rating of 5.0 (this is well below average for all movies, which is probably closer to 6.5 out of 10 on IMDb for some unusual reason). Well worth seeing--particularly if you are looking for something unusual...and in so many ways, this is unusual.

*While the word Bollywood has been applied to all Indian films, the Bollywood films technically come from Bombay (Mumbai) and are typically filmed in Hindi. However, this is not the only film center in India and many are also made in Southern India in the Tamil language. "Mugamoodi" is such a film.

Nothing beneath the mask, except rehashed items.

THE villain mocks the caped vigilante in the climax of Mugamoodi. He asks him whether he's Batman, Spider-Man, Superman or Iron Man.

Viewers, too, will ask themselves that question. Is this movie a rip-off of the above-mentioned flicks, or does it just use Western superhero flicks as its template but adds a touch of kung-fu to make it different?

Mugamoodi, I believe, does the latter, and with insouciance.

Mysskin's film does hold your attention at the beginning, but once all the pieces of the jigsaw fall into place, a certain déjà vu will hit viewers.

Also, viewers expecting fireworks between the superhero and his female lover will be disappointed. The woman pops in and out in the first half of the flick but then disappears, only to return to make a cameo at the end.

Compare this to the relationship between Peter Parker and Mary Jane in this year's The Amazing Spider-Man. They really heat up the screen, but the two lovers in Mugamoodi are like embers.

At the start, we are introduced to ruthless baddies wearing black who rob the homes of rich elderly people. The cops are flummoxed by the robberies so they rope in a top cop, Gaurav (Nasser), to help them solve the cases.

Gaurav points out that the robbers hit the homes of the rich and elderly, and have gotten brazen over time. This begs the question: why don't the cops station themselves near these homes?

Another unusual point is that these superflexible baddies arrive outside the homes of their targets in huge rubbish bins. Now, I'm sure we all detest robbers, but don't you think that these baddies would have thought of a more dignified way to break into homes?

Our superhero is Anand (Jiiva), an unemployed man who's obsessed about kung-fu and worships Bruce Lee. In fact, everyone calls him Lee.

Hong Kong stunt coordinator Tony Leung choreographed the fight scenes. While the fighting isn't what you'd see in 'Ip Man', you'd be happy with the effort put into these scenes.

Lee is besotted with Shakthi (movie débutant Pooja Hegde, the second runner-up of the 2011 Miss Universe India), who happens to be the daughter of Gaurav (shades of The Amazing Spider-Man).

His attempts to woo her by dressing up in a tight blue spandex outfit, but one day, he's finds himself in a shootout.

While escaping, his best friend is killed and Shakthi thinks he killed her dad. Jiiva decides to get serious with his part-time gig, and recruits the help of some tailors to come up with a new tight blue spandex outfit.

He goes after super villain Angusamy (Narain), who's the leader of a band of kung-fu robbers. Production notes say his character is based on Health Ledger's Joker in The Dark Knight, but with all that sneering and eye-balling, it looks more like Hannibal Lecter.

The climax takes place in the docks, the meeting point for all superheroes and villains in movies, and our superhero even gets to save a bus full of schoolchildren from falling. Where have I seen that before?

NEED TO BE BETTER